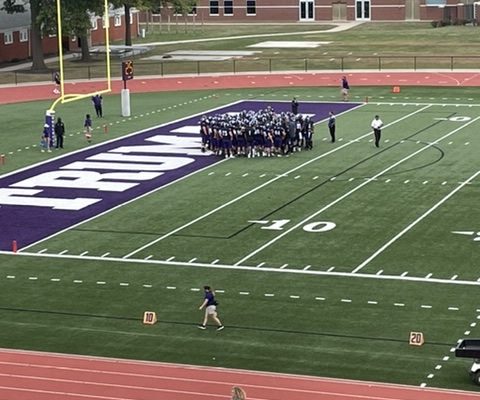 Lindenwood dug out of an early hole and rolled to 31 unanswered points in handing 18th ranked Truman its first loss of the season, 31-21, in the conference opener Saturday night at a packed Stokes Stadium. The Bulldogs scored on two of their first three possessions…..

Brad Boyer will the calls on Superstation KRES and centralmoinfo.com. The Lions capped an 80-yard drive with the first of two Robert Giaimo one-yard touchdown runs in the second quarter. The second one came after Truman fumbled on a failed reverse. Tied 14, the snowball rolled into halftime when a Truman interception resulted in a Lindenwood 36-yard field goal on the final play of the first half to make it 17-14. The Lions got a 33-yard touchdown pass from Cade Brister to Glen Gibbons in the third and a 22-yard run from Giaimo early in the fourth, to lead 31-14. With just over seven minutes left, the Bulldogs cut into the deficit with a 17-yard TD pass from Nolan Hair to Matt Hall.

The 4-1 Bulldogs will visit Missouri S&T next Saturday. You can hear the game on Superstation KRES starting at 12:15. 3-2 Lindenwood will host Quincy. The Hawks beat S&T 31-28.