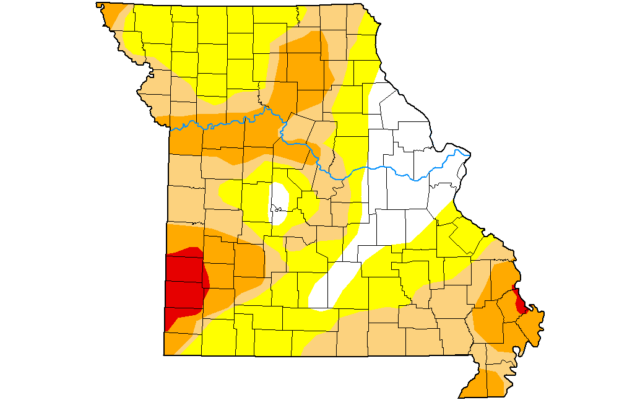 Drought conditions in Missouri as of November 8th, 2022. (The U.S. Drought Monitor is jointly produced by the National Drought Mitigation Center at the University of Nebraska-Lincoln, the United States Department of Agriculture, and the National Oceanic and Atmospheric Administration. Map courtesy of NDMC.)

Significant rainfall through much of Missouri has resulted in the removal of extreme drought classification along Interstate 70, along with improvements across western and southern Missouri.  The weekly US Drought Monitor update shows widespread upgrades around the state, with extreme drought now limited to Barton, Jasper, and western Newton counties in Southwest Missouri, along with the eastern edge of Scott County in Southeast Missouri.