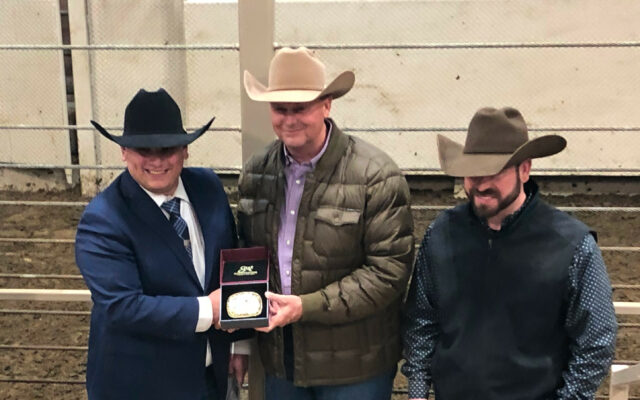 Sixto Paiz has only made livestock auctioneering his career for six years, but in that time, he’s honed his craft to earn top marks from several of his peers.  The New Mexico-based auctioneer won grand champion honors Wednesday at the World Livestock Auctioneer Championship qualifying event hosted by Windsor Livestock Auction, emerging from a crowded field of 45 contestants.  Paiz says it didn’t take long after graduating auction school for him to begin competing, an opportunity he found appealing.

While Paiz calls New Mexico home, his work takes him across the Texas Panhandle and into Western Oklahoma.  He credits the variety of sales, including car auctions, for keeping him sharp and versatile.

Sixto Paiz of New Mexico has qualified for the semifinals of the World Livestock Auctioneer Championships in three of the four years he’s competed.  He’ll be among 31 contestants competing in the next round of the competition, set for June in Arcadia, Florida.

Paiz was Kyle’s guest on Ag Insight on Friday: