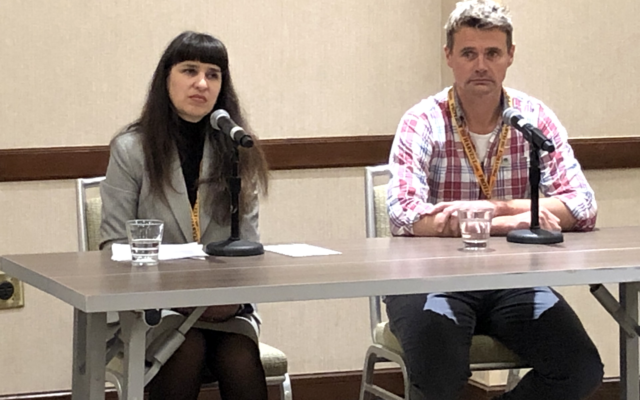 Caught in the crossfires of Russian missiles fired at Ukraine are farmers keeping their neighbors and compatriots fed.  The apparent accidental missile strike of a farm in neighboring Poland killing two people has brought back into the spotlight the risks the region’s farmers continue to take.  But even amid the new pressures they face, some farmers in Ukraine are still able to expand their operations.

Kees Huizinga started farming in Ukraine 20 years ago, moving from the Netherlands to pursue a larger operation.  His diversified operation includes dairy, which he’s gradually expanded.

When Russia launched its invasion in late February, Huizinga and his family fled the country for safety.  With Ukrainian forces now on the counteroffensive, Huizinga has been able to resume his expansion plans, even with fewer ports able to export Ukraine’s grain and co-products.

Kees Huizinga spoke Wednesday at a panel hosted at the National Association of Farm Broadcasting convention in Kansas City.