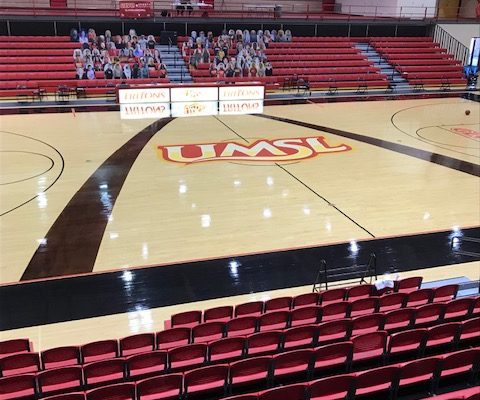 With that as the backdrop, the Tritons seek revenge when the Bulldogs come to the city tonight (Thur.) in a rematch between 11-3 teams.

The Truman women will try and re-focus, after dumping top ranked Drury on Monday night. Coach Theo Dean credited defense as a big factor in the upset…..

Dean’s Bulldogs have won eight in a row. Former MACC coach Katie Vaughn has led UMSL to 10 straight victories after their only loss in the season-opener. Her Tritons edged Truman first semester 57-54. You can hear tonight’s (Thur) doubleheader on Superstation KRES and centralmoinfo.com starting with the Truman Tipoff at 5:15. Brad and Hank will have the call.