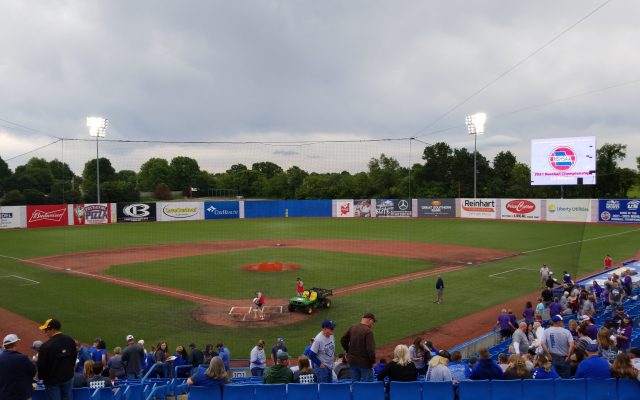 The Putnam County Midgets got out to a 5-0 lead but the Marionville Comets came back to take an 8-5 victory in a Class 2 semifinal Monday.

Putnam County took the early edge thanks to numerous Marionville miscues. The Comets committed four errors in the first three innings and four of Putnam’s five runs were unearned. The lone earned run was an RBI single by Gage Pearson in the first. Marionville started the comeback in the fourth.

Austin Ward with the call on Superstation KRES. Brattin’s triple cut the deficit to 5-4. Marionville tied the game in the sixth and took the lead in the final inning.

Putnam tagged all five runs on Jordan Williams through 2 2/3 but only had one baserunner the rest of the way after Cale Clark came on in relief. Coach Blane Robinson said his team couldn’t get adjusted.

East Buchanan defeated Holcomb 4-0. You can hear the third place game Tuesday on Superstation KRES with pregame starting at 3:45.