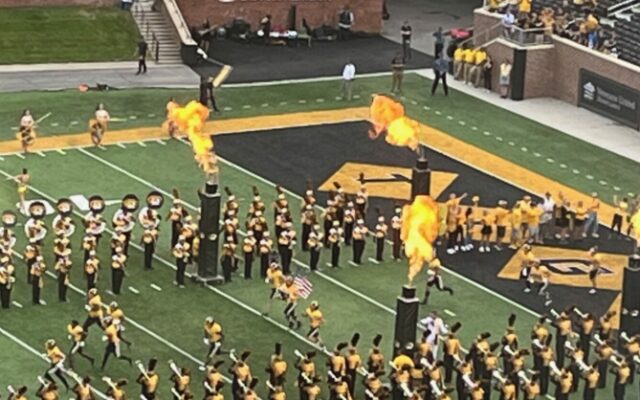 Mizzou picked up its first SEC win of the season with a 17-14 win over Vanderbilt Saturday afternoon. The Tigers marched 75 yards in six plays on the opening drive.

Mike Kelly with the call on Information Radio KWIX and the Tiger Network by Learfield.

A ten-yard touchdown run by Burden and a 38-yard field goal by Harrison Mevis in the second quarter put the Tigers up 17-0 at the half. Mike Wright’s 80 yard pass to Gamarion Carter with just under four minutes left in the game pulled Vanderbilt to within three points. After a three-and-out by Mizzou, the Commodores crossed midfield before being stopped on 4th-and-a-foot.

Coach Eliah Drinkwitz was proud of how the defense dug them out of some difficult situations.

Brady Cook completed 17 of 25 passes for 211 yards, with one touchdown and one interception. Burden finished with four catches for 66 yards, along with the one touchdown rush. Cody Schrader had 14 carries for 84 yards. He said the team did not think they were in for yet another collapse in the fourth quarter.

The announced attendance of more than 60,618 was the largest at Faurot Field since 2019.