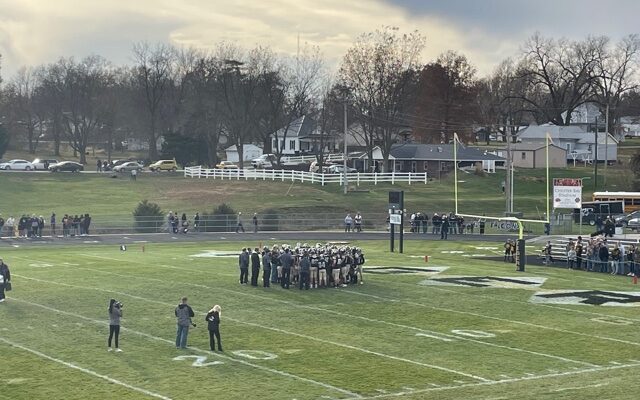 Marceline outlasted Fayette 21-20 in the state quarterfinals at Marceline Saturday. The Falcons trailed 21-14 with five and a half minutes left.

Eric Duick with the call of Ben Wells’ run on 99.9 The Captain and centralmoinfo.com. The Falcons attempted a two-point conversion.

The 49-yard Jacob Stallo to Jace Bixenman connection handed the Tigers a 21-6 advantage three minutes into the third. Senior Hunter Nelson rushed for an unofficial 115 yards and two touchdowns on 16 carries.

Ross and 11-1 Marceline host undefeated Hayti in the state semifinals next Saturday. 11-2 Fayette matched the winningest season in school history.