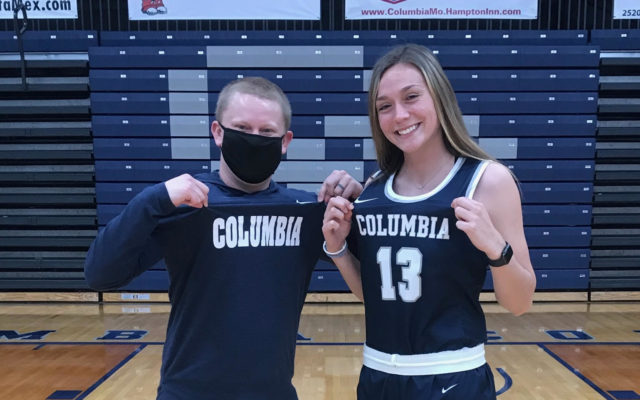 Macon’s Lexi Miller announced Monday she will continue her basketball career at the collegiate level for Columbia College. The two time KRES All-Star visited the campus in May.

Cougar coach Taylor Possail is a coach with the Missouri Phenom, which is Miller’s summer travel ball team. The reigning girls Clarence Cannon Conference player of the year says her relationship with Possail made the decision easier.

The Cougar basketball team is 97-24 in Possail’s four years as head coach. The two time All-Stater was attracted to Columbia College’s success on the hardwood.

Before she begins her collegiate career, Miller has one more year of high school basketball at Macon. Miller says she wants to improve as leader before she begins playing for the Cougars.

Miller will be one of three returning starters for the Tigerettes this winter.