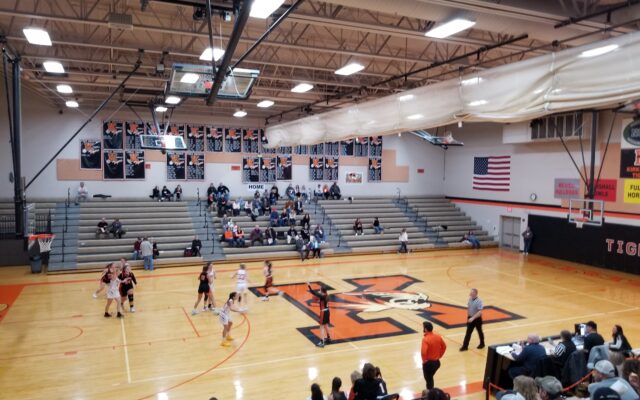 The boys won 67-58. Kirksville led by three after one quarter and pushed it to seven in the second before Macon’s Boston Douglas went on a run.

Austin Ward with the calls on KRES and centralmoinfo.com. Both teams were tied at 33 heading to halftime. Kirksville’s Isaac Danielson had 21 of those 33 and finished the game with 29 points. Kirksville pulled away in the third quarter with a 9-1 run out of the break. When Macon made it a one possession game late, Kirksville then went on a 7-0 run. Coach Tyler Martin…

Douglas had 20 points to lead Macon. Preston Stewart scored 17 and Maurice Magruder finished with 12. Coach Dale Devenport said it was a winnable game.

Corrinne Vorkink put in a game-high 17 points for now 11-2 Kirksville. Macon falls to 9-3 and was led in scoring by Caylie Wilson with 13.