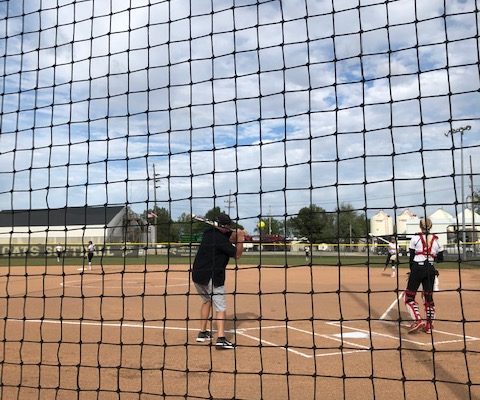 The Cairo Lady Bearcats racked up 15 runs over the first two innings to roll to a 16-1 win over CAC rival Sturgeon Tuesday night. The game was called in the bottom of the third inning due to the 15-run rule. Cairo grabbed four runs in the first inning on a pair of hits, while taking advantage of two errors and three walks. In the second inning, Abi Ogle got the scoring started for the Lady Bearcats.

Colin Schowe with the call on KTCM 97.3 and centralmoinfo.com. Ogle would add an RBI single later in the inning as Cairo put up an eleven spot. In all, the Lady Bearcats pounded out ten hits in the victory. The two-through-four hitters in the Cairo order Jersey Bailey, Abi Ogle, and Iszy Zenker accounted for eight of those hits. Cairo coach Brian Winkler said that part of the order is becoming a strength for the team.

Gracie Brumley got the start in the circle and got the win over three innings of work. She allowed one run on two hits while walking one and striking out three. Winkler said today was a sign of good things to come for Brumley.

Sturgeon’s lone run came on a two-out single by Liberty Stone to plate Kylee Brooks. Nicole Vanlandingham suffered the loss for Sturgeon as she went two-and-a-third innings while allowing all 16 runs, on ten hits and eight walks. Four errors in the field also hurt the Lady Bulldogs’ cause.

Sturgeon is now 0-15 on the season and will visit New Franklin Thursday. Cairo improves to 5-7 and will host Salisbury Thursday in non-conference play. You can hear our full postgame interview with Cairo coach Brian Winkler online at centralmoinfo.com