Belanger Hits 1000 Points And Leads Truman To Victory Over Lewis 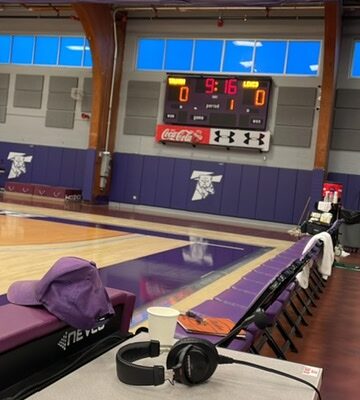 Hannah Belanger scored 28 points and reached a milestone in leading Truman to an 83-75 victory over Lewis tonight (Thur.) at Pershing Arena…..

Brad Boyer with the call on Superstation KRES and centralmoinfo.com. Belanger added one more free throw for the final margin going 11-for-11 from the stripe. The All-American also matched a career-high with nine rebounds and dished out five assists for her coach, Theo Dean….

Ellie Weltha had a double-double with 21 points and 13 rebounds. Columbia native Katey Klucking scored 12 points including a bucket that gave the Bulldogs momentum heading into the fourth quarter…..

Lewis got as close as 77-75 in the fourth before Belanger closed out the game with six free throws. It was the fourth straight win for the Bulldogs, who improve to 7-5 overall and 3-1 in the GLVC. Grace Hilber had 24 in the loss. The Flyers drop to 3-8 and 1-2 in the conference.

The men’s game between the two schools was canceled due to COVID protocols within the Lewis program. Both Truman teams are scheduled to play at McKendree on Saturday. You can hear the game on KRES starting at 12:45.