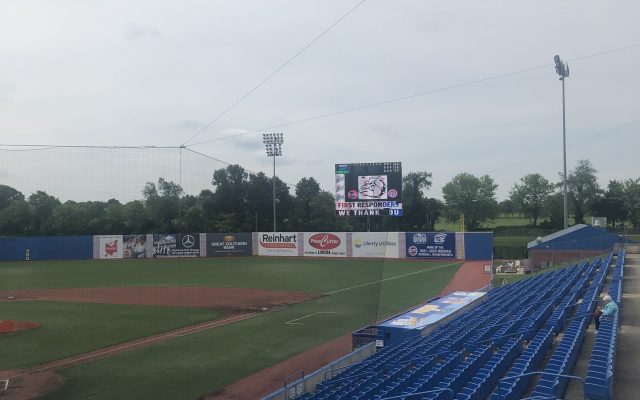 The Green City Gophers exploded for five runs in the top of the fifth inning on their way to a 7-1 win over Leeton in the Class 1 Third Place game Tuesday afternoon in Ozark. After the first nine Gopher hitters were retired in order. Green City scratched out two runs in the fourth inning on an RBI triple by Riley Schoonover and a sacrifice fly by Grant O’Haver. Chris Barto then led off the fifth inning to begin the offensive onslaught.

Colin Schowe with the call on Superstation KRES and centralmoinfo.com. The Gophers would proceed to bat around in the inning while pounding out five runs on six hits and taking advantage of two Leeton errors. Green City coach Dale Whitacre said Barto’s inside-the-park home run provided a lift for the team.

Laydon Fields capped an unbeaten season on the mound for Green City with his seventh win of the season. Fields pitched the full seven innings while allowing one unearned run on just three hits while throwing 72 pitches for the game. Whitacre said Fields was efficient on the mound.

Fields finished the game with six strikeouts and also went 3-4 at the plate with one RBI and a run scored. Green City finishes third in the state for the second time in program history. This bookends state trips for seniors on this team who were freshmen during Green City’s 2018 third place finish. Whitacre reflected on his senior class.

A total of eight seniors graduate from this year’s Green City squad. The Gophers conclude the season with a record of 13-4. You can hear the full interview with Green City coach Dale Whitacre with this story at centralmoinfo.com