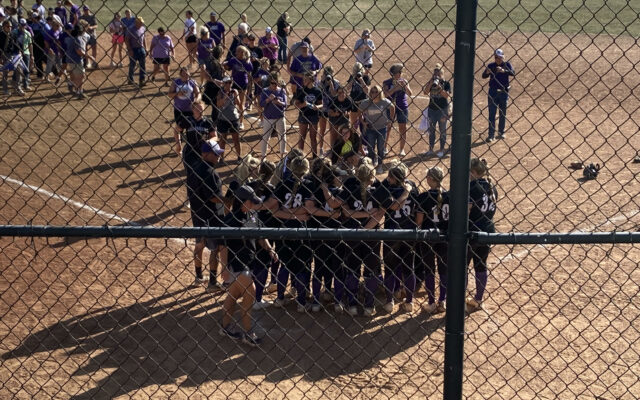 The Salisbury Lady Panthers executed two squeeze bunts in the top of the seventh to earn a 3-1 victory over the New Franklin Lady Bulldogs today in a Class 1 Quarterfinal. Ayla King drew a leadoff walk in the seventh and stole second and third on back to back pitches. On the next pitch, Kate Kottman gave the Lady Panthers the lead…

Brandon Monty with the call on KIRK and centralmoinfo.com. After a Julia Sloan groundout moved Kottman to third, the Lady Panthers carried out another squeeze play with Addi Wales.

The Lady Bulldogs got the leadoff runner on in the bottom of the seventh before a strikeout and a line drive double play ended the game. Salisbury coach Nate King said the Lady Panthers executed their game plan perfectly in the seventh after the walk.

New Franklin struck first in the bottom of the first on a fielder’s choice RBI from Sophia Held. Salisbury tied the game in the second on two walks and two wild pitches. Both teams combined for just ten hits as starting pitchers Jaden Howard and Bryn Bestle totaled 20 strikeouts.

The win sends Salisbury to Springfield for the sixth time since 2014. King discussed what it means for this group to reach the State Championships again.

Salisbury is now 16-10 and faces Polo this Friday in the Missouri State Semifinals. New Franklin concludes its season 20-8.