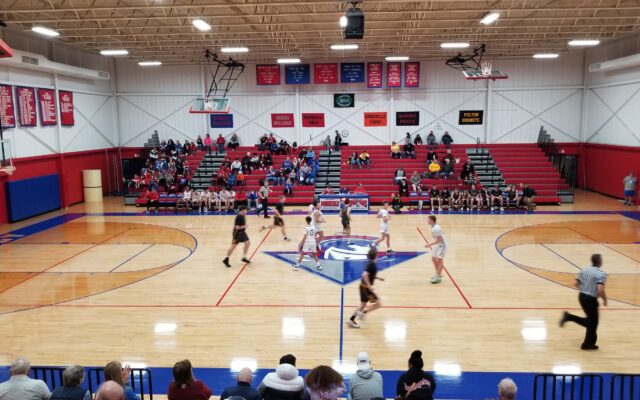 The Moberly Spartans overcame the Grinnell offense ran by the Versailles Tigers Friday night and notched an 84-79 victory. Both teams were tied at 21 after one quarter but Versailles started the second with an 11-2 run. Jaisten Payne helped power the Spartans to an immediate 13-0 run in response.

Austin Ward with the calls on KWIX and centralmoinfo.com. Versailles kept it close but the Spartans never trailed following the big run. Demarcus Gilson provided the clutch shot of the game.

Payne finished with a team-high 36 points. Zayne Montgomery had 13. Martez Nabors and Cael Head each finished with 10. Coach Cord Hagedorn…

Ryder Williams had a game-high 42 points for Versailles while Justin Hamrick put in 16. The win is Moberly’s second straight after a 76-70 victory over Boonville one night prior.

Moberly improves to 3-3 and Versailles falls to 6-3.