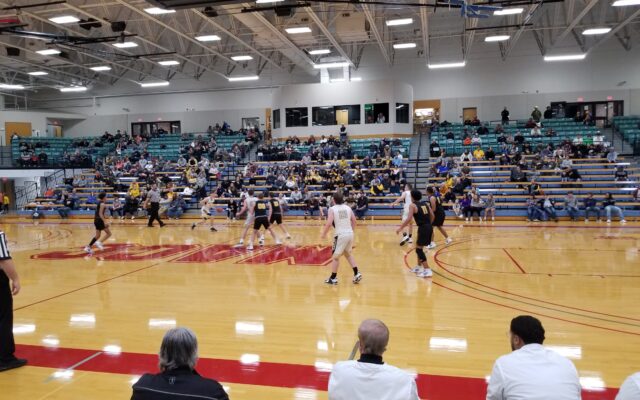 The Cairo and Moberly girls, and the Monroe City and Bowling Green boys earned victories at the Peak Sport and Spine Holiday Shootout at MACC Thursday.

The Moberly Spartans fell to Bowling Green 57-51. The Spartans trailed by 14 entering the fourth quarter and cut the deficit to two possessions a couple times but could not get closer. Jaisten Payne was the brunt of the offense early.

Austin Ward with the calls on KRES and centralmoinfo.com. The 7-6 lead was the only time Moberly led the entire game. Bowling Green held a 32-17 advantage at halftime. Payne was responsible for 14 of Moberly’s 17 points and finished the game with 23. Nine different players scored for Bowling Green. Brayden Heidecker led the team with 12 points. Moberly coach Cord Hagedorn says his team needs to learn to play four quarters.

Grace Billington scored a game-high 16. Vestal assessed 8-2 Moberly ahead of the second semester.

Monroe City’s boys defeated Cairo 59-44. The Bearcats opened with a 13-4 advantage before Monroe City countered with a 19-3 run.

Eric Duick with the calls. Monroe City led 25-20 at half and extended the gap to 17 after three quarters. Joshua Talton totaled 24 points and twin Josiah added 15. Head coach Brock Edris reacted to the win.

Senior Justyn Gittemier guided the 6-3 Bearcats with 15. Cairo competes in the Salisbury Tournament next week. 5-3 Monroe City heads to the Clopton Tournament.

The Cairo Lady Bearcats coasted to a 53-22 win over the Paris Lady Coyotes. Cairo held Paris to five second half points. Coach Brian Winkler thinks his team’s destiny is in their own hands.

Gracie Brumley led all scorers with 15. Avery Brumley and Macie Harman scored 10. Cairo moves to 9-1 and Paris falls to 0-8.