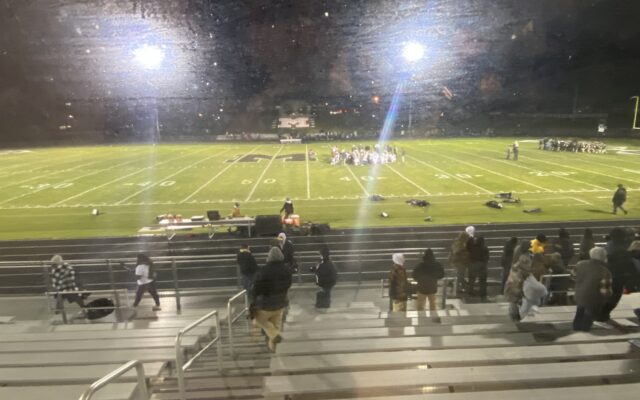 Marceline outlasted Highland 36-30 in the district championship at Marceline Friday.

Eric Duick with the final call on KRES and centralmoinfo.com. Highland stopped Marceline on fourth and one from the Cougar 35 yard line with 2:10 left and no timeouts. The Cougars then advanced to the Tigers’ seven and spiked it with one second left before Drew Mallett’s incomplete pass.

Marceline marched to a 14-0 lead on a Caleb Stallo 34-yard touchdown and Conner Quinn interception for touchdown. Highland countered with 22 unanswered, but Marceline responded amid a series of Cougar miscues in the third quarter.

The Tigers also recovered an onside kick and a pooch kick. Head coach Mark Ross reacted to the bizarre sequence.