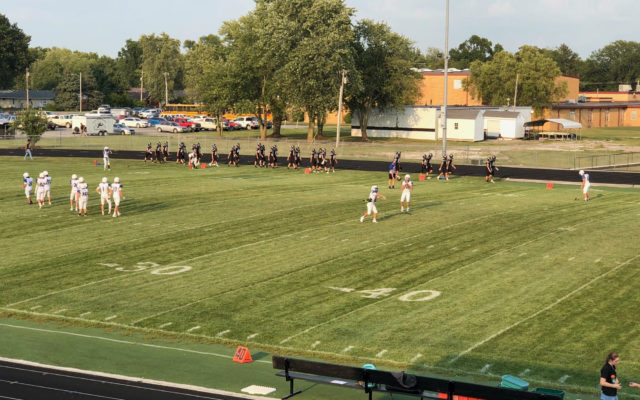 Centralia quarterback Beau Gordon accounted for 282 of the 310 yards of offense en-route to a 30-12 victory over Brookfield. Gordon scored all four touchdowns.

Scott Lunte with the calls of Gordon’s 41, 4, 14, and 61-yard touchdown runs on Glory 97.3 and centralmoinfo.com. Brookfield opened the scoring on the first play of the second quarter with quarterback Colton Parn finding tight end Kendrell Carter for his first career touchdown. The Bulldogs other score came on the second play in the fourth quarter when Parn connected with wide receiver Amos Baum. Panthers coach Tyler Forsee said Gordon gave them a lift.

After losing their first two games of the year, Forsee believes the Panthers adapted to “game speed” better compared to the first two weeks.

Brookfield’s offense finished with an unofficial 144 yards. While Bulldog coach Cory Luke was pleased his offense went 2 for 3 in the Red Zone after starting the year 0 for 5, he says the next step is to remain physical for four quarters.

The Bulldogs drop to 1-2 and visit Palmyra next week. The Panthers next week host Monroe City. You can hear full postgame interviews with Forsee and Luke below: