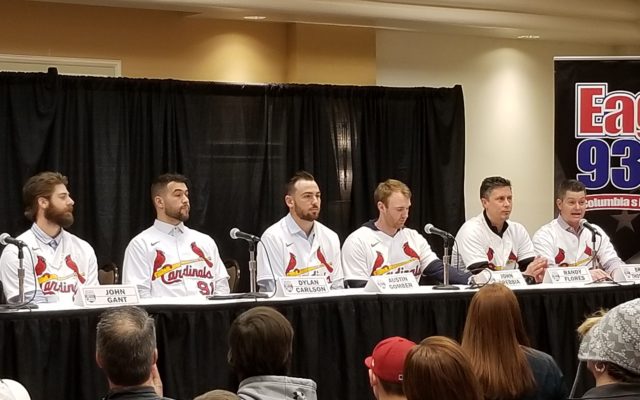 Sign stealing in Major League Baseball has been a big topic this offseason. Houston Astros manager AJ Hinch, general manager Jeff Lunhow, Boston Red Sox manager Alex Cora and New York Mets manager Carlos Beltran have all lost their jobs as a result of an investigation done by the MLB. The investigation found that the Astros stole signs from opposing pitchers during their 2017 championship season. In recent interviews with Regional Radio, St Louis Cardinals pitchers weighed in on the topic. John Gant understands the severity of the findings.

Along with the investigation, MLB announced that managers and general managers would be held accountable but players who cooperated would receive immunity. Austin Gomber doesn’t agree with the decision.

Gomber added that he thinks sign stealing findings are far from over.

On the flip side, John Brebbia doesn’t have interest on the topic.

MLB is currently investigating another claim that the Boston Red Sox stole signs during their 2018 championship season.