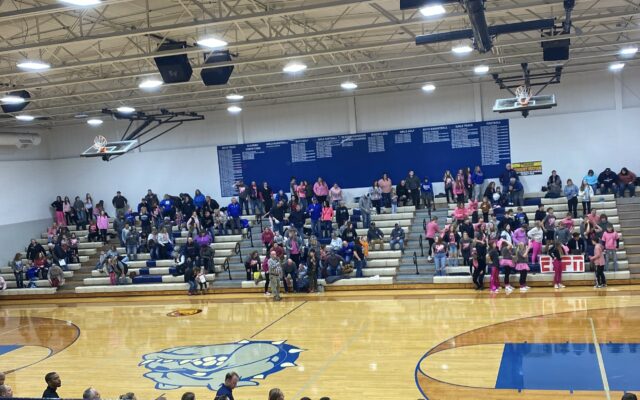 Both Brookfield teams fought off Marceline runs to secure two wins at home Thursday night. The Tigers trailed 23-18 at the half in the boys contest before battling to within four points. Brookfield responded near the end of the third period which included a timely score by sophomore Hayden Dejong.

Steven Findley Jr. with the call on KIRK and centralmoinfo.com. Hank Parks scored 11 of his 18 points in the final frame to secure the 46-38 victory. Coach Dray Starzl.

Barret Stearns connected from beyond the arc three times in the fourth to finish with 14 points for Marceline. Coach Mike Severa said his team has shown improvement this season.

The Lady Dogs used a pivotal run near the end of the first half to steal momentum from Marceline in the eventual 45-40 win. Emma Meyer hit her second three-pointer of the half to make it 18-15. Ella Daugherity then knocked down three free throws after being fouled on a shot from deep with three seconds remaining in the half to extend the lead to six.

Marceline is 0-6 this season when held under 50 points. Coach Severa.

The Lady Tigers fall to 10-6 while The Lady Dogs move to 14-4. Marceline will face Centralia next. Brookfield’s next matchup will be against Palmyra.