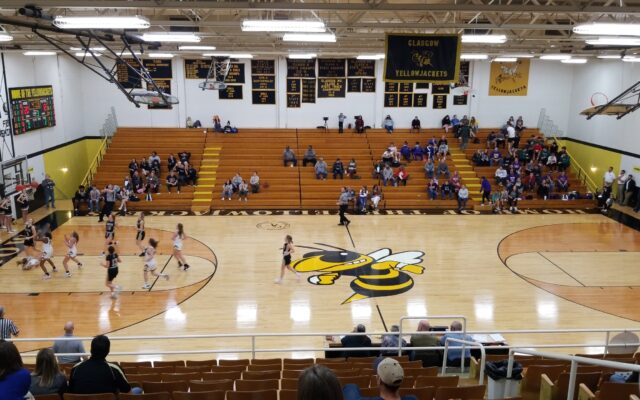 The Westran boys and La Plata girls advanced to the championship game of the Glasgow Tournament with a pair of semifinals that featured double-digit comebacks. Westran needed overtime to defeat Slater 83-69. The Hornets trailed by 10 at halftime before taking the lead late in the third quarter. Westran later pushed its lead to six but Slater had an answer.

Austin Ward with the call on 99.9 The Captain and centralmoinfo.com. In the game’s waning seconds, Westran kept it going.

The Hornets took control quickly and outscored Slater 20-6 in the overtime period. Evan Chapman finished the game with 14 points. Langden Kitchen led all scorers with 31. Ashden Dale contributed 14 points and Leyton Bain had 12. Coach Chris Sander said he thought his team gained confidence throughout the course of the game.

The La Plata girls trailed by 14 at halftime before outscoring Glasgow 28-6 in the third quarter and cruising to a 58-45 victory. Paige Carvajal scored all 17 of her points in the second half. Claire Coy provided 16 and Olivia Coy had 15. Coach Nathan Simler…

The Westran boys and La Plata girls will both oppose Cairo in the tournament finals.