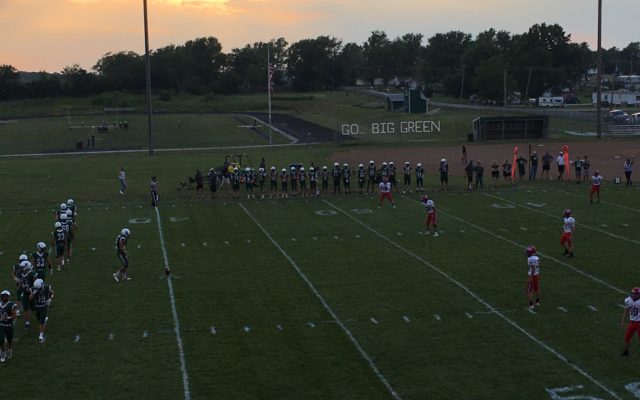 Westran’s Quinn Massey rushed 35 times for more than 200 yards and four touchdowns in the 7th-ranked Hornets 40-30 win over South Shelby Friday night. South Shelby was up 16-14 at the half.

J.B. Connoley with the call on Glory 97.3 and centralmoinfo.com of Wyatt Owens’s second kickoff return for a touchdown in as many weeks. After a Westran safety late in the third quarter tied the game at 16, Westran found the end zone four times in the fourth quarter.

Brandon Monty with the call of Massey’s fourth touchdown of the night. South Shelby tacked on a 22-yard touchdown pass from Trey Countryman to P.J. Schmidt late for the final score. South Shelby head coach Adam Gunterman says his team played tough, but made too many costly mistakes.

Westran is 2-0, and will play Marionville in Camdenton next Friday. South Shelby is now 1-1, and will open Clarence Cannon Conference play at Monroe City next week.