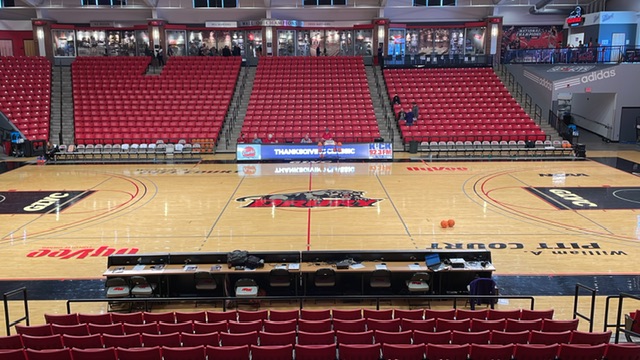 Ellie Weltha scored 24 points and grabbed 13 rebounds to lead Truman to a 70-63 victory over Cedarville, Ohio at the Drury Thanksgiving Classic in Springfield today. Weltha carried the team scoring through the third and into the fourth quarter….

Brad Boyer with the call on Superstation KRES and centralmoinfo.com. At one point Weltha scored 19 of the team’s 23 points in the second half. The Yellowjackets erased a 12-point second half deficit to tie the game at 54 early in the fourth. The Bulldogs scored the next eight and kept the lead. Truman coach Theo Dean talked about Weltha’s 25th career double-double…..

With her 14 rebounds, Weltha moved into Truman’s career top 10 for rebounds. The Bulldogs get back to the .500 mark at 3-3 heading into the start of conference play. On Saturday, Truman will host McKendree in a doubleheader at Pershing Arena. Coverage on KRES will begin at 12:45.