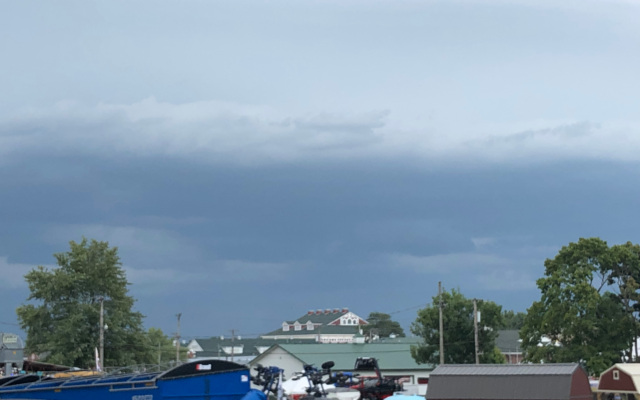 Storm clouds appear in the distance over the State Fair Coliseum.

Thursday night’s inclement weather resulted in the cancellation of the opening night performance on the Missouri State Fair Grandstand presented by CFM Insurance.  Anyone who had purchased Trace Atkins concert featuring comedian Dusty Slay will be eligible for a refund.  Those who had used a credit or debit card to purchase tickets will automatically receive a refund.  However, anyone who had purchased their tickets from the box office and paid using cash, check or money order will need to download and submit the form found on the Missouri State Fair’s website within 30 days.

Meanwhile, an illness to Friday’s opening act will result in a Missourian musician stepping up to the mic.  Country soul artist Roman Alexander will open for Russell Dickerson this Friday evening, after Cassadee Pope was forced to scratch following an illness.  Alexander recently recorded “Between You And Me” and has been performing for the past five years.  While the concert is still scheduled, the fair is also offering ticketholders the option to request a refund.  Details are also available on the fair’s website.