Truman Triples Too Much For CCCB 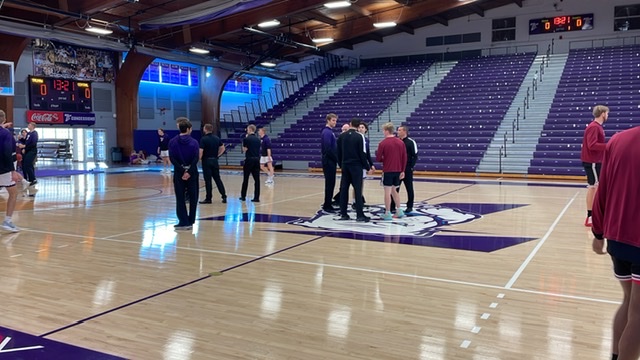 19th ranked Truman State connected on 18 three-pointers in a 108-48 victory over Central Christian College of the Bible this afternoon (Sat.) at Pershing Arena. Devin Fields of Green City got in on the fun by scoring his first Bulldog points…

Brad Boyer and Hank Janssen on KRES and centralmoinfo.com. The former KRES All-Star hit two three-pointers and the Bulldogs tied for the second most triples in a single game. Assistant coach Josh Beardsley said Fields is a valuable part of the team….

Masen Miller hit six shots from distance and led all scorers with 22 points. Dylan Peeters scored 16, grabbed 10 rebounds, and tied for the second most steals for a Truman player in a game with six. Hunter Strait had a double-double with ten assists and 16 points. Keaton Mitchell also had his first double-double with 11 points and ten rebounds. The Bulldogs improve to 7-2 and will host Grand View on December 29th. Rodrigo Nunez paced CCCB with 17 points. It was an exhibition game for the Saints.