Truman Teams Finish Strong in a Sweep at McKendree 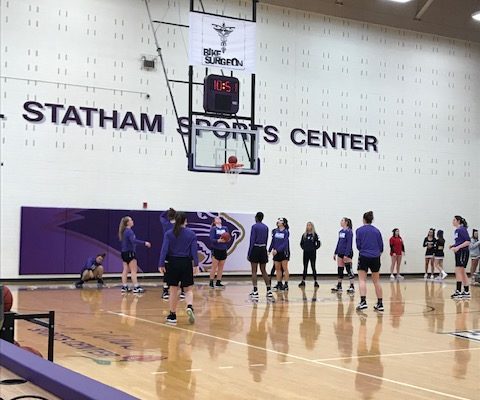 Both Truman State basketball teams finished their games strong in a sweep at McKendree Saturday afternoon.

The Bulldog women used a 28-15 fourth quarter to pull away for a 77-60 win. The Bearcats had knocked a 14 point halftime deficit down to four entering the final frame. This sequence by Katie Jaseckas highlighted an 11-2 burst….

Brad Boyer with the call on Superstation KRES and centralmoinfo.com. Jaseckas tied a school-record with seven blocked shots in a game. Coach Theo Dean….

Jaseckas also had her first double-double of the season with 15 points and 10 rebounds. Sloane Totta led all scorers with 17 and the conference-leader in assists had six. The Bulldog women are tied with Lewis at 9-1 in the GLVC, one game behind Drury. Truman’s overall record is 13-4 after sweeping all three games on the road this week. The Bearcats drop to 3-7 in league play and 10-8 overall.

The Truman men outscored McKendree in the second half 47-31 and beat the Bearcats 82-65. Down three early in the second, the Bulldogs went on a quick 9-0 run….

Brodric Thomas scored 22 points, grabbed eight rebounds and dished out eight assists. Cade McKnight added 19, and when he sat with foul trouble, Mark Rogers provided key minutes with seven points and six rebounds. The Bulldogs improve to 8-2 in the GLVC and 12-6 overall. Chris Foster’s Bearcats drop to 5-5 in the conference and 10-8 overall. The former Truman coach has lost back-to-back years to the Bulldogs.

The Truman teams come home for four games in a row starting with Rockhurst on Thursday night. You can hear the games on KRES starting at 5:15.