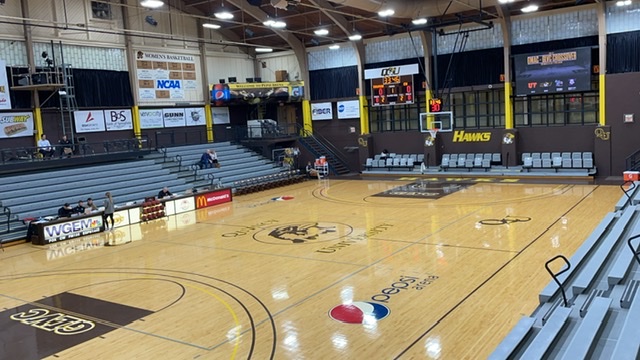 The 6th ranked Truman State men built a 17 point lead by intermission then held off a second half rally by Cedarville for an 87-80 season-opening victory in the GLVC-GMAC Crossover in Quincy tonight (Fri.). The Yellowjackets had the lead down to 74-70 with under four minutes left when Masen Miller hit a big shot in a tough spot….

Brad Boyer with the call on Superstation KRES and centralmoinfo.com. Miller finished with 21 points on those seven triples. Elijah Hazekamp led the Bulldogs with a career-high 23 points and Cade McKnight added 17. Coach Jeff Horner discussed the struggles in the second half….

Isaiah Speelman led all scorers with 25 points. Truman will play Findlay, Ohio tomorrow (Sat.). You can hear the game on KRES starting at 3:45.

Wisconsin Parkside outscored the 23rd ranked Truman women 35-21 in the fourth quarter and pulled away with a 78-66 victory in the season opener on Friday night at the GLVC/GLIAC/GMAC Conference Challenge in Pepper Pike, Ohio. Hannah Belanger scored 28 and Ellie Weltha added 23 points to lead the Bulldogs, who will play Ursuline tomorrow (Sat).