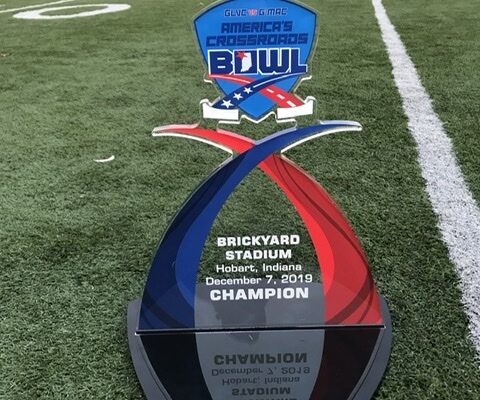 Return, represent, and rematch are the three R’s for the Truman State football team this Saturday. The Bulldogs return as the GLVC representative in the America’s Crossroads Bowl. The rematch is a game against a Hillsdale, Michigan opponent the ‘Dogs defeated 38-24 at Stokes Stadium in September. Truman coach Gregg Nesbitt is telling his players to forget that game….

The Chargers had instability at the quarterback position when they came to Kirksville on September 18th….

The Bulldogs are 8-3 and finished third in the GLVC at 4-3. Hillsdale won six of its last eight games to wrap up the regular season 6-5 and 5-2 in the GMAC. Coach Nesbitt says it’s like looking in a mirror….

GLVC co-Offensive Player of the Year, Cody Schrader, enters the game 145 yards away from 2,000 yards rushing. The Bulldog defense is 8th in Division II in rushing yards allowed (81.4). The Chargers have intercepted 20 passes this season, which is second in D2 football.

This will be the fourth bowl game in Bulldog history. Truman beat Ohio Dominican two years ago to win the America’s Crossroads Bowl. The game will kickoff at 1:00 in Hobart, Indiana. We will be giving in-game updates from Pershing Arena while we broadcast basketball this Saturday on KRES. You can hear the full interview with coach Gregg Nesbitt on the Magic City Sports Talk page of centralmoinfo.com.