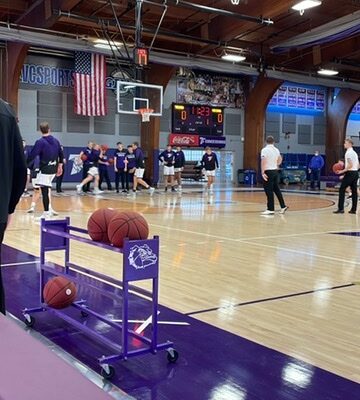 The 19th ranked Truman men played their first game in 18 days and beat Grand View by a score of 86-59 today (Wed.) at Pershing Arena. Elijah Hazekamp scored 16 of the 33 first half points to help stake the Bulldogs to a 12-point lead at intermission….

Brad Boyer with the call on Superstation KRES and centralmoinfo.com of the Hazekamp trey that made the score 18-10. The ‘Dogs only shot 35 percent in the first half, but ended up at 47 percent for the game. Coach Jeff Horner said they were able to knock off some rust…..

Blair Oaks graduate Eric Northweather scored a career-high 14 points. Cade McKnight added a dozen and moved over 1,300 points and a tie for 11th on the Bulldog career ladder. It was the fourth win in a row for 8-2 Truman. The Bulldogs will get back into conference play by hosting Lindenwood in a doubleheader this Sunday afternoon at Pershing Arena. You can hear the games on KRES starting at 12:45.

Grand View drops to 7-5 with the loss.