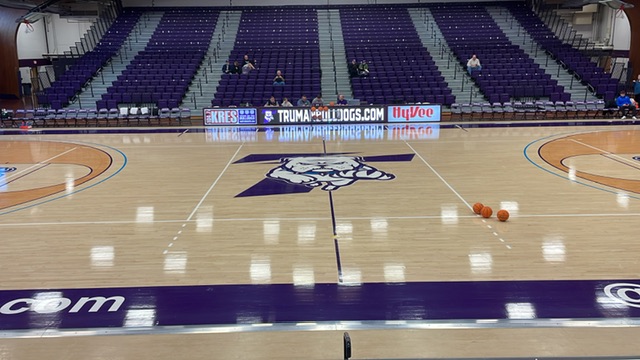 The Truman basketball teams are back home this week to host the St. Louis schools in the GLVC starting with Maryville Thursday night. The Bulldog men have won three in a row to creep closer to the top eight in the conference’s Point Rating Standings at 10th. Monroe City graduate CE Talton scored nine in their latest victory at Drury on Saturday. Coach Jeff Horner says he’s making the adjustment to coming off the bench….

The Truman women will try to start a new winning streak, after falling to a Drury team that is ranked 2nd in the country this week. Coach Theo Dean is looking for a bounce back….

On the opposite bench with be a familiar face in first-year Maryville coach Brita Hand, who was an assistant at Truman from 2015-18. Her Saints are 11-7 and 6-5 in the GLVC. The Bulldogs are in 2nd place in the PRS with a conference mark of 9-2 and 13-6 overall.

You can hear the doubleheader from Pershing Arena starting with the Truman Tipoff at 5:00 Thursday night on Superstation KRES and centralmoinfo.com. Brad and Hank will have the call.