Breaking News
The dedicated telephone number for Missouri Residents to call concerning COVID-19 is (877) 435-8411. To be tested, you need to have an order from a health care professional.
Big K Sports

Thomas Midwest All-District-Are the Pros Next 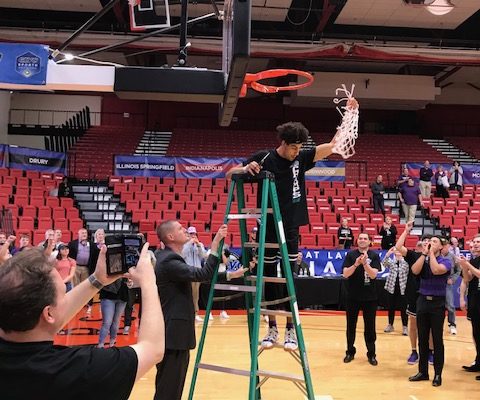 Add another award to Brodric Thomas’ list. The Truman State senior was named to the National Association of Basketball Coaches Midwest All-District Team. The honor goes with his First Team All-Region selection and being chosen as the Great Lakes Valley Conference Player of the Year. Thomas hopes professional basketball is next….

Brodric Thomas came to Truman from Bolingbrook, Illinois, but transferred to Southwestern Iowa Community College after his redshirt freshman year. Thomas was the MVP in leading Southwestern Iowa to the NJCAA Division 2 National Championship. Rather than try another school, Thomas was loyal to then-Truman coach Chris Foster and returned to a Bulldog team that made the NCAA Tournament his sophomore season. Then, came another coaching change as Foster left for McKendree and Jeff Horner was hired. Thomas is glad he stuck with Horner and the Bulldogs….

Brodric Thomas averaged 21.5 points and seven rebounds per game in leading Truman to a 23-8 record, GLVC regular season and conference tournament championships, and an automatic bid to the NCAA Tournament. The Psychology major set a single season school record with 666 points.