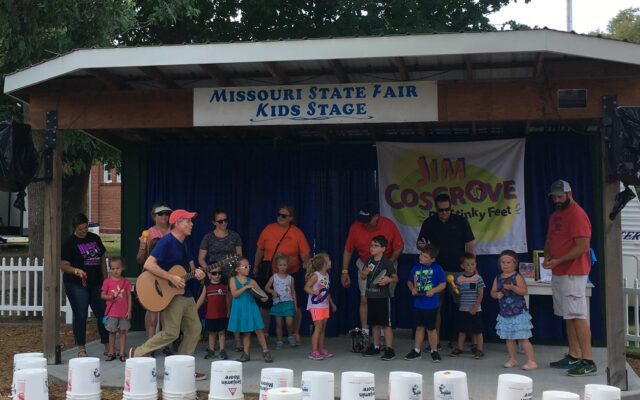 Jim Cosgrove, performing as "Mr Stinky Feet", leads a sing-a-long with children in attendance joining him on stage. Cosgrove was a performer at the Kids Stage during the 2018 Missouri State Fair.

Wolfe notes that several ticketed events are making their return to the State Fair Arena, at the southwestern corner of the fairgrounds.

Roving entertainment will also greet attendees at the 120th Missouri State Fair, running August 11th through the 21st in Sedalia.  A full schedule and ticket information are available on the fair’s website.