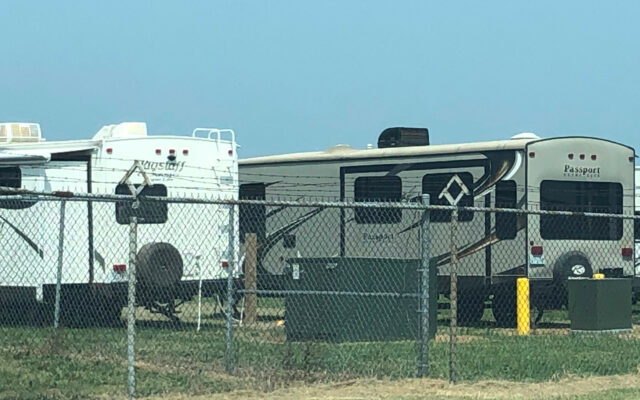 A pair of RVs are parked along the fence at the edge of the West Campground on Aug. 9th, 2021, prior to the start of the 119th Missouri State Fair.

One of the most highly sought items at each year’s Missouri State Fair are the campsites available around the fairgrounds.  Director Mark Wolfe notes that demand for campsites among exhibitors has risen again for this year’s fair.

Wolfe says the Fair is planning to add more campsites in the coming years.