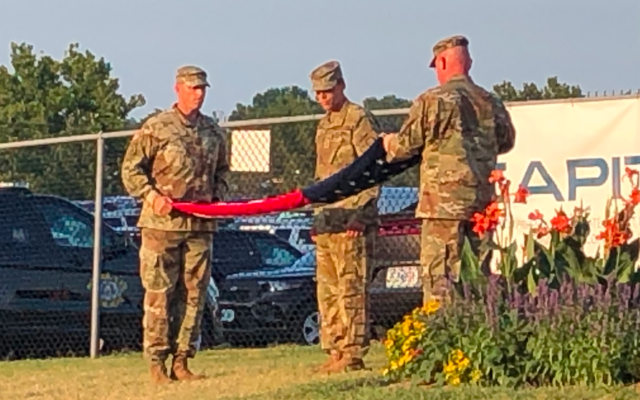 The Missouri State Fair has announced the 11 honorees for this year’s daily Military Flag Retreat ceremonies.  First conducted in 2019, the ceremony outside the Highway Patrol building at the main gate to the fairgrounds recognizes active duty and retired military personnel from across Missouri, who were selected among nominees submitted earlier this year.  Each day’s Flag Retreat Ceremony will take place at 5:30, with the exception of August 11th when the ceremony will occur at 5:15.

Honorees from our region include Roy Sims of Marshall on August 13th, John Hopson of Columbia on August 14th, and Dean Rhine of Rocheport on August 19th.