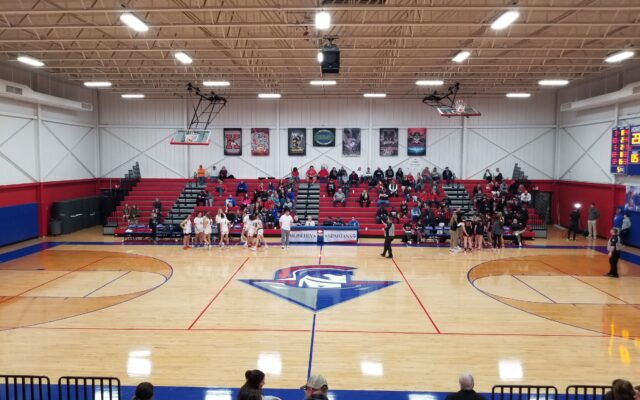 Moberly was swept at home by Southern Boone Friday night.

The girls fell 56-50. The Lady Spartans led 16-6 after one quarter before going scoreless for the first few minutes of the second. Kennedy Messer broke the stretch in leading the early offensive charge.

Austin Ward with the call on KWIX and centralmoinfo.com. Southern Boone held a 28-25 advantage at halftime and pushed it to 41-33 after three before Moberly rallied back.

That tie came with 90 seconds left but an immediate foul put the Lady Eagles at the free throw line to go back up and they held on from there. Grace Billington scored 21 points, Messer had 13 and Asa Fanning was held to six. Coach Tony Vestal credited Southern Boone’s defense and said other girls stepped up.

The boys were defeated 75-45 but trailed by just six at half. Southern Boone hit five third quarter triples to create distance. Cameron Doubrava took advantage of his first start for the Spartans.

The freshman finished with a game-high 23 points. Coach Brett Boyer…

Southern Boone had 10 players in the scorebook with Brady Dapkus’ 16 leading. The Eagles are 6-4 and Moberly drops to 1-8.