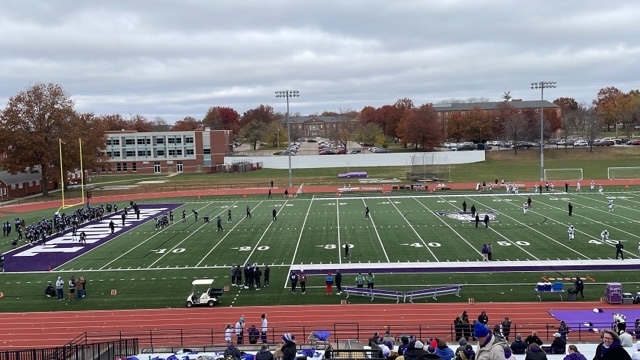 Truman State running back Cody Schrader won the NCAA Division II regular season rushing title, but not without another big effort on Saturday. The sophomore from St. Louis had his fourth 200-yard game of the season with 202 yards against the top ranked rushing defense in the GLVC in Indianapolis. He needed just about all of that total as Jordan Terrell of Barton, North Carolina gained 296 yards in his final game of the season. Schrader finished with 1,855 yards, while Terrell was 12 yards behind. Bulldog coach Gregg Nesbitt reacted to the accomplishment….

Cody Schrader had 22 rushing touchdowns. Both his rushing and touchdowns totals were second-best in Bulldog history behind Jarrett Anderson’s Harlon Hill Trophy-winning season of 1996 when he went for 2,140 yards and scored 27 TD’s.