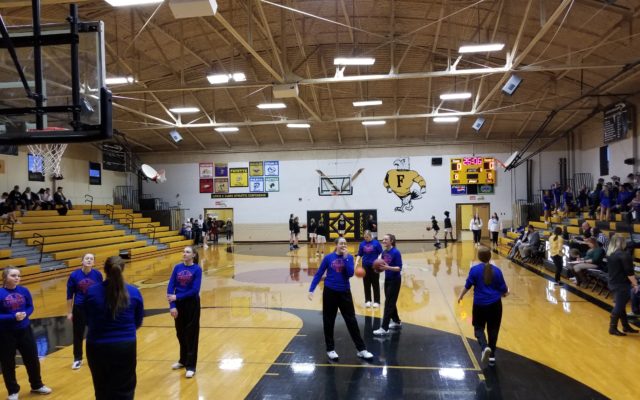 The Fayette Falcons held off a furious rally by the Scotland County Tigers to win 57-50. The Tigers trailed by 15 after three quarters but brought the deficit to as little as four in the fourth. Carson Harrison had a team-high 16 points with eight coming in that fourth quarter. Coach Jeremy Austin explained how his team was able to make the late run.

Kyle Schleeter collected his 1000th point with a deep three in the first quarter and finished with a game-high 20 points. Coach Jon Bishop said the team has to get better at closing games when they’re ahead.

In the girls game, the Lady Tigers blew out the Lady Falcons 54-31 to push their perfect conference record to 5-0. Fayette’s Abbey Conrow came in averaging 20 points per game and Scotland County held her to four. Coach Cory Shultz talked about how it was done on the defensive end.

The Lady Falcons fall to 4-13 and are still winless in the conference.