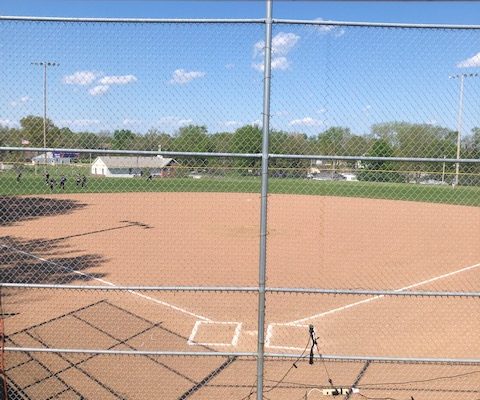 The Salisbury Panthers took advantage of early errors and mistakes from Scotland County’s defense to roll to a 10-2 win over the visiting Tigers Thursday afternoon in Salisbury. The Panthers scored three runs in both the first and third innings to grab control early. Defensive errors were Scotland County’s undoing in the first inning.

Colin Schowe with the call on Superstation KRES and centralmoinfo.com. Scotland County committed all three of their errors in the first inning. Scotland County pitcher Carson Harrison then dealt with a bout of wildness in the third inning where he walked three and also hit a batter to lead to three more Salisbury runners crossing the plate. Salisbury outhit Scotland County 11-7 for the game. Salisbury coach Nate King said his offense did a good job making life difficult for the opposing team.

Scotland County was able to briefly get back into the game with two runs in the fourth inning courtesy of an RBI double by Preston Sanchez and an RBI single by Brady Curry. However, the Tigers only managed two baserunners over the final three innings. Scotland County coach Rod Sears said he liked the way his team battled following the early deficit.