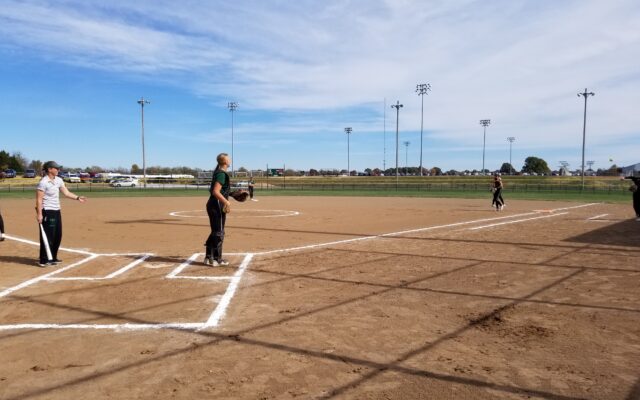 Salisbury dropped a couple games at the MSHSAA Softball Championships Friday to finish fourth in Class 1.
The Lady Panthers fell to Polo 6-5 in the semifinal. Polo got out to a 6-0 lead before a big rally in the top of the fifth. With two outs, Taylor Nolke and Tori Ricketts hit back-to-back singles followed by an RBI double by Ayla King. Kate Kottman kept the line moving.
Austin Ward with the call on 99.9 The Captain and centralmoinfo.com. Julia Sloan singled and Kottman scored on a wild pitch to set up Addi Wales…
In the top of the seventh, Polo committed two errors with two outs to allow Salisbury runners on second and third before Wales struck out to end the game. Coach Nate King…
In the 3rd place game, Salisbury was held to just three hits in an 8-1 loss to Marion C. Early. In her final high school at-bat, Jaden Howard drove in a run with a double.
King says the fourth place finish caps off an improbable season.
It was the fourth Final Four Salisbury has reached in the last five years. The Lady Panthers close the season 16-12.
Nate King Semifinal Postgame:
Nate King 3rd Place Postgame: