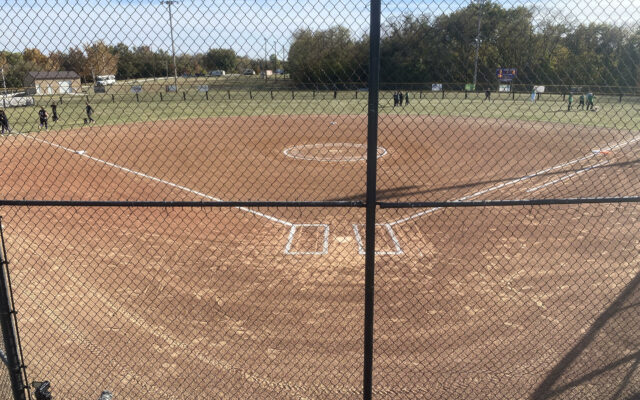 The Salisbury Lady Panthers scored three runs in the fourth and eight runs in the fifth to pull away from the Silex Lady Owls 13-2 in a sectional softball matchup tonight. The Lady Panthers led 2-1 in the bottom of the fourth with two runners on and two outs before Tori Ricketts delivered a big hit…

Brandon Monty with the call on KIRK and centralmoinfo.com. The Lady Panthers took a 5-2 lead into a bottom of the fifth that had eight runs, five hits and three errors. The Lady Panthers loaded the bases with nobody out to start the inning before pitcher Jaden Howard stepped up to the plate…

Salisbury scored the first two runs of the game in the first on an RBI single by Julia Sloan and an RBI double by Kaisen Carter. Carter led the Lady Panthers with a 3-for-3 game. Coach Nate King praised his senior first baseman’s effort.

The Lady Panthers totaled 11 hits as a team with eight of nine starters collecting at least one hit. King said timely hitting played a big role in the win.

The Lady Panthers host New Franklin in the Class 1 Quarterfinals Saturday at 1.