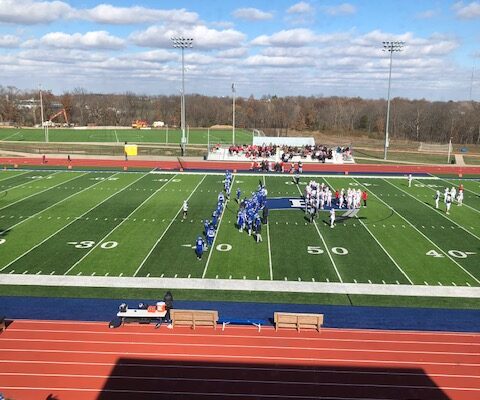 Windy conditions allowed for a big game on the ground for Reeds Spring in a 21-7 victory over the Boonville Pirates in a Class 3 Quarterfinal. Caden Wiest opened up the scoring for the Wolves on their first drive.

Reeds Spring finished with 269 rushing yards for the game. While the Wolves held a 21-0 lead deep into the fourth quarter the Pirates battled until the end and scored their lone touchdown on a Colby Caton rush with just over two minutes remaining. Hough said his team matched the heart of Reeds Spring.

The Pirates finished the game with 150 yards of offense. They graduate eleven seniors including Caton and his top receiver Jackson Johns. Hough reflected on what this team meant to him this season.

Boonville finishes the season 8-5. Reeds Spring advances to take on Sullivan in the state semifinals.