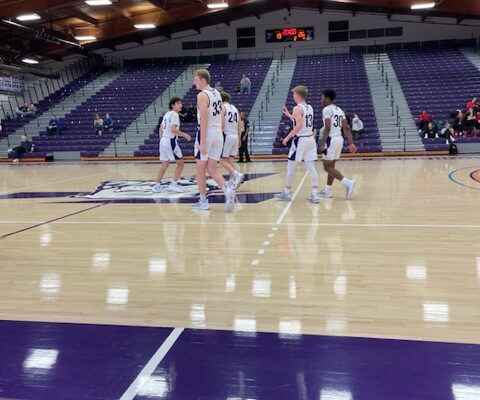 Truman women had a record shooting night, while the William Jewell men beat the Bulldogs for the first time ever as GLVC opponents, in a split at Pershing Arena Thursday night.

The Bulldog women broke the program record for field goal percentage in a game by hitting 68-percent of their shots in a 99-53 victory of Jewell. All-American Hannah Belanger led the way with the school’s best individual shooting night….

Belanger ended 9-for-9 from the field, including five three-pointers, for coach Theo Dean…..

Claire Rake connected on five three-pointers for 15 points. Gracie Stugart (stoo-gurt) dished out 12 assists, which ties for 7th most in a game. The Bulldogs had 27 assists, which is the 6th most for a game….

Truman hit 20-of-31 three-pointers, which came up two shy of the record for most triples, but was the most for a D2 game. 64-percent shooting from distance was the 4th best mark for a game. The Bulldogs improve to 10-5 overall and take over sole possession of second place in the GLVC at 6-1, one game behind Drury. The Cardinals drop to 4-14 and 2-6 in the conference.

In the 16th meeting as GLVC opponents, the Jewell men finally broke through and beat the Bulldogs 73-64. Truman fell behind by 20 with just over eight minutes left, before getting the game back to single digits. Coach Jeff Horner said offense was again a problem…..

Jordan Jermain led Jewell with 20. The Cardinals improve to 5-3 in the GLVC and 8-8 overall. Xavier Hall led Truman with 15. The Bulldogs drop to 1-6 in the league and 6-9 overall.

The Truman teams host Rockhurst on Saturday afternoon. You can hear the game on KRES starting at 12:45.