After spending three months as the interim president of the Moberly Area Economic Development Corporation (MAEDC), Randy Asbury has officially been named as the organization’s new president. Asbury was named the interim president in September following the departure of Michael Bugalski. Asbury says not much changes with the interim tag removed.

The strategic planning initiative will determine MAEDC’s future priorities and efforts to move the area forward following the pandemic. Asbury says his focus as president will be on building communities.

Prior to joining MAEDC, Asbury represented Randolph, Chariton and Macon counties in the Missouri Legislature. He was also the Randolph County Western District Commissioner for four years.

Area Residents Encouraged to Make Good Use of Conservation Areas 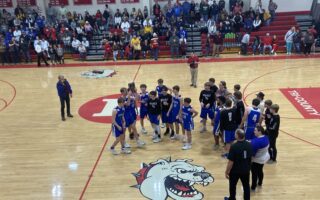