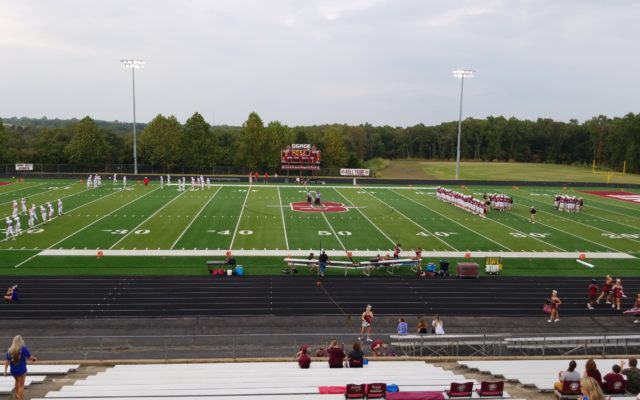 Osage got out to a quick start and defeated Moberly 25-13 Friday. It started with an eight and a half minute opening drive.

Austin Ward with the call on KWIX AM & FM. Osage senior quarterback Brockton McLaughlin scored from six yards out midway through the second quarter to push the lead to 12-0. Moberly got its first score on a six-yard run by Chris Alexander four minutes later. McLaughlin ran in his third touchdown of the night in the third quarter before Moberly scored through the air.

Moberly had the ball on Osage’s 24 in the fourth but failed a fourth-down conversion on a dropped pass. A nine-yard touchdown run for Eric Hood with less than two minutes to go iced the game for Osage. Moberly coach Cody McDowell saw some improvements but says too many self-inflicted mistakes reigned supreme again.