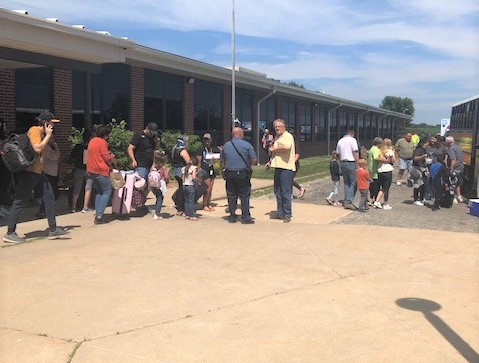 Monday’s accident involving Southwest Chief Amtrak Train Four striking a dump truck near Mendon left four people dead. The driver of the truck and three passengers on the train were killed in the accident. Passenger Laura Smalec of Los Angeles describes the moment of impact.

Smalec was traveling the full length of the train’s route from Los Angeles to Chicago, and she planned to then visit family in New Jersey. Immediately following the wreck, Smalec realized she needed to get out of the train as soon as possible.

Smalec suffered some bumps and bruises in the accident. She says this accident may have her re-thinking her travel arrangements in the future.

The train’s next scheduled stop was La Plata. The Missouri State Highway Patrol, Amtrak, BNSF Railway, and the National Transportation Safety Board (NTSB) continue to investigate the cause of the accident.