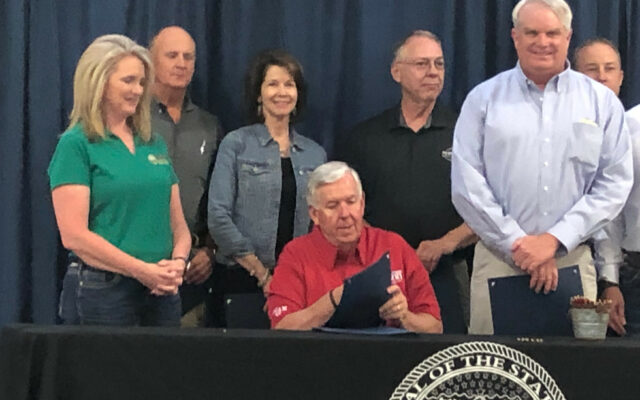 O’Bannon has been a leading critic of the planned Grain Belt Express transmission line, whose approval ultimately spurred this bill.  She says discussion on eminent domain reform is overdue.

O’Bannon credits major ag organizations around the state for taking up the cause of landowners impacted by the use of eminent domain.

House Bill 2005 was signed into law during the Missouri Cattlemen’s Association’s annual Steak Fry on the state fairgrounds in Sedalia.  It will require companies seeking to use eminent domain for new transmission lines and facilities to compensate farmers at least 150 percent of the land’s value.  The bill will also require that such transmission lines deliver an amount of electrical capacity at least proportional to the length of the line through the state.

The new law will not apply to Grain Belt Express or other projects submitted to the Public Service Commission before August 28th, when the new law takes effect.