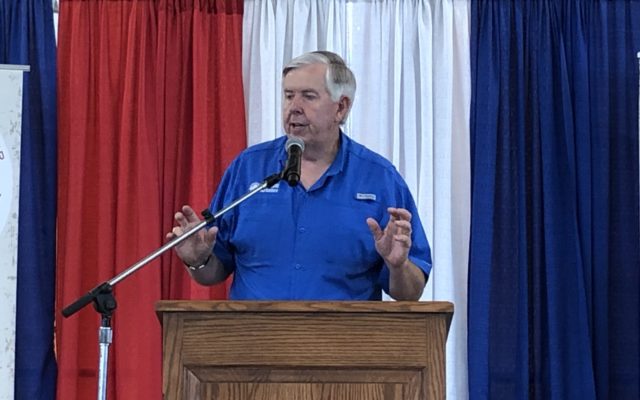 Politicians, state and local dignitaries, and supporters of Missouri Agriculture made their way through the new Nucor Director’s Pavilion on Thursday morning for the annual Governor’s Ham Breakfast in Sedalia.  As attendees visited over coffee and ham, Governor Mike Parson lauded a return to a full state fair over the past week.  In-between accolades for his cabinet, staff, and farmers, the governor suggested after remarking on the state’s 200th birthday that it wasn’t his place to tell Missourians what they can or cannot do.

After teasing an announcement later Thursday morning for a massive investment in broadband totaling $400 million, Parson reiterated that Missourians were capable of making their own decisions when it came to responding to the Covid-19 pandemic.