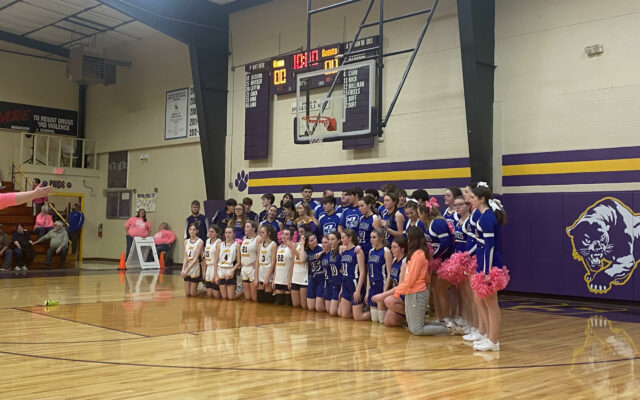 Both Paris teams came away with victories Tuesday night in dominant fashions. The Lady Coyotes held Madison to just six points in the first half in the 43-13 win. Junior Kameron Arnett lit the scoreboard up with five triples, getting two to fall in the third quarter.

Steven Findley Jr with the call on Glory 97.3 and centralmoinfo.com. Arnett finished with 15 points while freshman Reese Sutton produced 13 points. Coach Garrett Thomas praised his team’s performance on both ends of the floor.

Eight different players for the Coyotes scored as Paris wore down the Panthers for a 62-25 win. Evan Smothers scored 11 points in the first half on the way to a 17-point night for the Coyotes. Coach Jeremy Skinner.