One Shot the Difference as Mexico Knocks Off Moberly 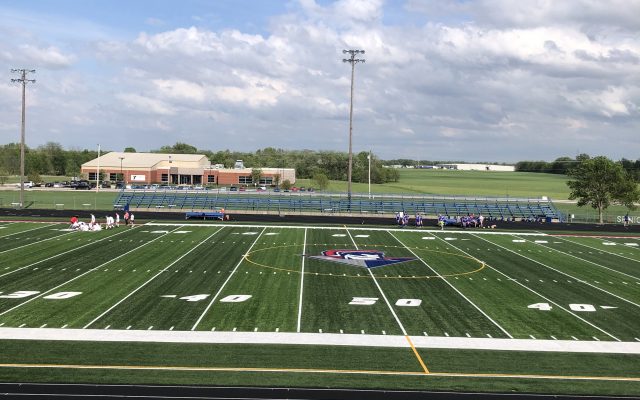 One shot was all Mexico needed as they defeated Moberly 1-0 in high school girls soccer action Monday night at Dr. Larry K. Noel Spartan Stadium. Moberly outshot Mexico 10-0 in the first half. The Lady Spartans continued to dominate possession and chances in the second half. However, Mexico would make their first shot of the game count in the 63rd minute of play.

Colin Schowe with the call on KTCM 97.3 and centralmoinfo.com of Jamilet Medina-Lucas’ third goal of the season. Her goal was the first for Mexico since March 29th. The Lady Bulldogs defense prevented further threats from Moberly as they secured their first win of the season. Moberly coach Chris Buckman said his team did everything but score.

The majority of Moberly’s chances came in the first half largely through the efforts of Kennedy Messer. However, Messer left the game late in the first half due to an injury. Buckman said they need players to step-up offensively.

Moberly honored their two seniors; Sydney Barron and Marin Tadrus at halftime. The Lady Spartans fell to 3-13 with the loss. For Mexico, the game marked their first win and first shutout of the season. Mexico coach Haley Schafer said some halftime adjustments paid dividends for her team.

Schafer added the goal by Medina-Lucas seemed to build some much needed confidence within the team.

Mexico improves to 1-15 on the season. Both teams are in action tonight with Mexico playing at Southern Boone and Moberly playing their home finale against Fatima.