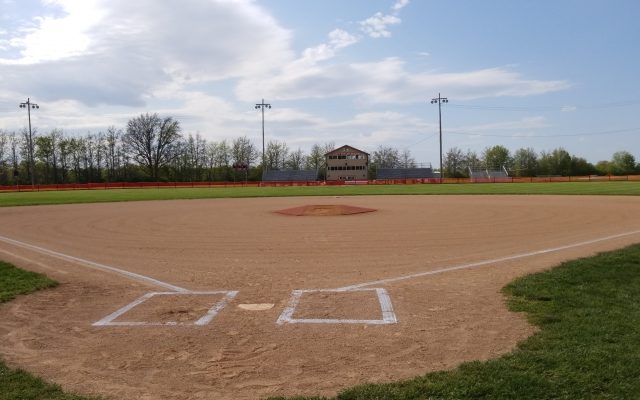 The North Shelby Raiders handed the La Plata Bulldogs their first loss of the season with a 3-2 victory Friday night. Josh Shunalt had the go-ahead RBI in the bottom of the sixth.

Austin Ward with the call on Glory 97. The two teams were tied for the majority of the game with the opposing pitchers helping their own cause early. North Shelby’s Casey Shockley put the Raiders up in the first inning with an RBI single before La Plata’s Reese Mesecher tied it in the second with his own RBI single. North Shelby’s JD Rich broke the tie with an RBI single in the fifth but La Plata got it back in the sixth after drawing a bases loaded walk.

Shockley pitched 3 2/3 innings for North Shelby and gave up one run. Robert Uhlmeyer pitched the remainder of the game and took the win. Coach Scott Gaines…

Gaines assessed where his team is at late in the season.

La Plata stranded seven runners on base in the first three innings and a total of 12 for the game. The Bulldogs also committed four errors defensively. Coach Josh Woodward says it comes down to not executing.

Woodward believes the loss could be a blessing in disguise.

Mesecher pitched a complete game and was tagged for three runs, five hits, two walks and he struck out five. La Plata falls to 15-1 and North Shelby moves to 8-4.